The old house mystery, a story by Nina Whittaker

The old house mystery, a story by Nina Whittaker

I can’t believe we have to go back home and leave Tim and Mina behind complained Harry. “We only came here so that Dad could study the animals of the Amazon” said Sally. “I wish we could live here, it’s such a nice place in this town” said Barry.

Oh here comes Dad. “Dad can we live here?” asked Barry. “Don’t you want to go home to see your cousins?” “No, they they always hit me” said Barry. “No, they do not. You just want to stay” said Sally. “Well, it was worth the try” said Barry. “I wish I could have my eleventh birthday here” said Barry.

Sally was a girl of eighteen years. She had two younger brothers, Harry and Barry. Harry was thirteen and it was two more days until Barry’s eleventh birthday. “I suppose we could rent that little house down sweetpea street. I met the owner of the house. She was a very nice old lady and she said she was going to California for a holiday and that she would like somebody to look after her house while she was gone.” said Dad. “Do you mean the one with the pretty garden and rose vines climbing the walls?” asked Sally. “That’s the one and it would be a good opportunity to explore the village a bit more.” said dad. “It would be cool to explore the old house across the road from it, that Tim was telling us about.” said Harry.

The Old house and the new house

The next day Terry arranged to stay at the little house with old lady and they moved in that evening. It was such a cosy little house. There were cushions and quilts every were you looked and it let off a home like vibe. The family was so tired from moving in that they went to sleep without any dinner. So the next day they had a big breakfast of french toast and eggs. Then they read the letter that the old lady had left. In it was written:

since I won’t be gone for long I would appreciate if you would’nt make too many modifications to my house, but if your daughter feels like decorating her room I give her my permission. When I was her age I loved to decorate every thing around me. Also if you agree I have a feeling your sons would like to explore the house across the road. Back in my time there was a robber who stole everybodys valuables eventually he was caught, but he died of old age before they could find out were he had hidden the goods. Rumor has it that he hid it in the old house but nobody has ever found the hiding spot. If your children did a bit of sloothing I think they could possibly find were the hiding spot is. Thats all I have to say. I hope you enjoy your stay in BLUE SKY cottage.

There was a long silence. Then at the same time Harry and Barry said “Can we explore the old house dad?” “You may go if you take Sally with you” answered Terry. “Fine i’ll go, but straight afterwards I’m going to decorate my room” said Sally.

Heading into the old house

The three siblings were ready to go. They had their backpacks with some snacks and essentials, so they started to head across the road. They could see the whole house from were they were standing. It looked like it had stood through some pretty big storms. They walked up to the front door and knocked. Nobody answered, so Harry opened the door. “Lucky it’s open” said Barry. They cautiously walked in. The floor bords creaked beneath their feet and there where spider webs everywere. There were portraits of creepy, slim, ghostly people on the walls. Sally opened a door that looked like it lead into a grand dining room. Barry found some stairs leading up to the second floor. Sally unstuck a candle from it’s candle holder that was fastened to the wall and lit it with some matchsticks she had packed earlier. With the candle gripped tightly in her hand she led them upstairs. As barry was heading towards a door at the other side of the room he accidentally knocked a picture right of it’s hanger. “Barry!” scolded Sally. You almost made me drop my candle. “Here you hold it while I put the picture back on the wall” Then she paused. “Hey you guys, come look at this. The panelling on the wall is made out of dark oak wood every were, but this square behind the picture looks like spruce. She put her hand on the spot and pushed. There was a click and the square contracted, leaving a hole just big enough for Sally to put her hand in. She pulled out a little box and opened it. There was a key. Sally took it out and examined it. “It looks like one that opens a vault” she observed.

Harry had already started to head across the room. He opened the door and stepped inside. “This looks like the master room. You two look out for any more spots of spruce, this is a really good lead.” said Sally.

Harry opened the wardrobe door. “Wow, look at all these old fashioned clothes. The others came over. “This really is a old house” exlaimed Sally. Barry crawled down and pushed aside the clothes. What are you doing now?” sighed Sally. “Being smarter than you guys, because I just found a trapdoor made out of spruce” said Barry. “Cool” said Harry.

The floor of the wardrobe was made out of planks of spruce wood. Then Barry almost went head over heals, because he got his foot stuck on a piece of rope, that he later found out was the handle of the trapdoor. They all helped to heave open the trapdoor, which led down a ladder. One by one they started down the ladder and before Sally went down she stuffed a silk gown in beetween the trapdoor so it would’nt close fully. Once they had reached the bottom they went down a damp, dark corridor. Luckily Barry still had the candle. After what seemed like hours, the tunnel came to an end with a big wooden door.

“How are we going to get through? The key that I found won’t fit that door.” said Sally. “I have a idea” said Harry. “It looks like that lock is rusted, so if we burn it like so” Harry took out his lighter and started burning the lock while being carful not to set the whole door aflame. After a while the lock was completely burned away and it easily swung open when Sally pushed it. Behind the door lay a big room with a giant metal vault right in the middle of the room. With shaking hands Sally put the key into all of the nine locks and pulled the door open. They all gasped. Right before them was ten billion million dollars worth of treasure.

They started to pack all the thing up and put them in their bags to bring back up to the surface. Once the whole vault was clear they made their way back to the surface.

When Terry saw what they had done he felt so proud, called the police and pretty much every body they knew.In the end they were payed fifty thousand dallars. When he called Ms Daisy Bell she asked them to find a number of things that had been stolen from her and when she returned she gave them amazing news. She said that they could buy BLUE SKY cottage, because she found a home in California that she would like to live in and she could buy it with the money of the cottage. In the end Terry decided to buy it with the money they had been given. They all loved BLUE SKY cattage it was wonderful place to live in.

So BLUE SKY cottage was now their HOME.

If you enjoy reading my blogs and watching our videos you might want to consider buying us coffee, tea or hot chocolate. Its easy, safe, quick and we really appreciate your support. 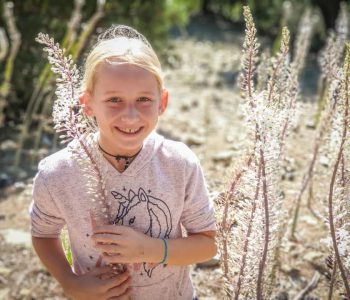 The Rescue of the Multi…